Ice and snow driving skills, these 8 must remember!

Abst：After rain and snow, the road is frozen and rear-end collision is the most likely traffic accident. How to avoid it? These driving skills are learned ↓↓        1, pay attentio

After rain and snow, the road is frozen and rear-end collision is the most likely traffic accident. How to avoid it? These driving skills are learned ↓↓ 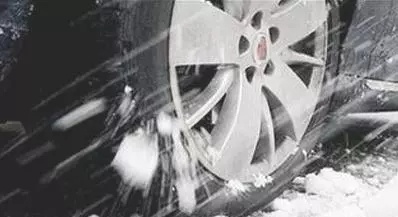 3, pay attention to start. Be sure to slow down the oil at the start, which will prevent the vehicle from spinning and slipping to better control the direction. Remember, you must not use neutral gear when driving in the snow.

4, turn first downshift. Reduce the speed before entering the corner and hang in the low gear to facilitate cornering. Try to avoid braking in corners to avoid side slippage.

5. Predict the distance between vehicles. The snowy sight is not clear enough, so be sure to maintain proper driving distance with the car in front. This requires the driver to do a good "pre-judgment" based on the vehicle's condition and the amount of snow.

6. Stay calm. When you are unable to judge the situation ahead during driving, you should gradually slow down and approach the right side of the road to stop. Do not slam on the brakes when there is a side slip or tail, which will cause the vehicle to lose control and cause an accident.

7, pay attention to defogging. Driving in rain and snow is prone to fogging. The defogging function of the vehicle should be turned on, including front windshield and rear windshield.

8, low block large throttle uphill. When driving on a steep slope in snow, be sure to keep a good distance from the front car. Use a low-end throttle to rush up. It is not appropriate to shift gears in the middle.

Previous： How to choose LED headlights and xenon headlights? Next： Waiting for the engine for a long time, the heat will be poor, and the solution?