Car lights are not just lighting

Abst：The driver has the professional language of the driver, that is, the light language, playing the role of communication with other riders, just like the sign language of the special forces.The owners w

The driver has the professional language of the driver, that is, the light language, playing the role of communication with other riders, just like the sign language of the special forces.

The owners who drive often know that they don’t look at the lights and can only use them at night, but the use of lights is extremely important during the driving process.

Although many people will drive, not every driver must know the meaning of the light. The improper use of the lights during driving will also cause great danger. The super driver reminds the riders during the actual driving process. The owner is still much more to learn and pay more attention to safety! 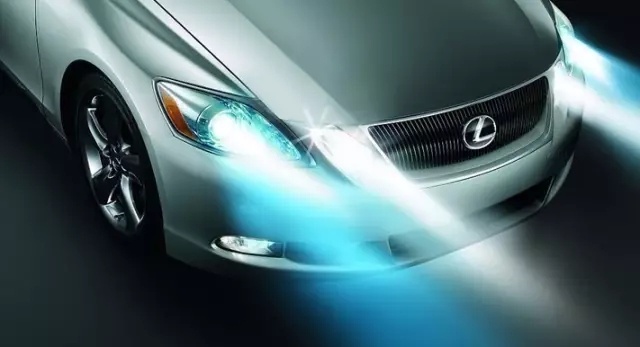 ● Condition 1: After the green light is on, the car does not go.

Waiting at the intersection, when the green light is on, sometimes the front car will not move. Maybe it's a newbie, a tight hand, and a slow start. Maybe the driver of the front car didn't pay attention to the change of the indicator light. When the red light was gone, it was disappointing.

At this time, the rear car usually takes a little measure to give the other party a hint. Some people will scream horns, but this kind of irritating urging not only loses grace, but may also have the opposite effect. Some of the riders sighed slowly and deliberately pressed the rear car. As a result, everyone suffered.

In this case, it is obviously not appropriate to slam the horn. We can use the flashing headlights instead of the rough horns. The headlights flash, usually the car can be aware of the situation, if there is no movement, then flash again, avoid flashing the headlights continuously, this is not respectful to people, it is easy to cause the reversal of the driver of the preceding car.

Driving at night, everyone's biggest headache is the guy who meets the high beam light. This kind of behavior when the car does not switch lights is not uncommon in the night driving process. In fact, driving in the city at night, in most cases, the road has good lighting, there is no need to turn the headlights on. In the road section where the road lighting is not very ideal, the headlights are an important factor in inducing a car accident. What should I do if I come across the car and keep driving the headlights? Perhaps many riders will take the approach of “returning their teeth” and everyone will play headlights. This method is obviously not appropriate. When the old driver introduces the safe driving experience, he usually said that he does not open the gambling car. This kind of "tooth-tooth" behavior is the embodiment of anger.

● Situation 3: Meet the vehicle and meet the road

In the elevated or highways and some ordinary roads, the lanes are often encountered. In the elevated cornices, the traffic flow alternates. In this case, if the communication between the car and the car is not ideal, it may cause a vehicle collision accident.

When encountering a parallel road or a vehicle passing through a road section, the lane changer will first turn on the turn signal in advance, wait a moment at the intersection of the traffic, tell the car "Can I change lanes?" If the car agrees, the car speed will slow down and flash. The headlights indicate "agree to change lanes"; if it is not convenient, even flash a few headlights, saying "No, I don't agree."

● Situation 4: Found a problem with the neighboring car

Some car doors are not closed, and some tires have a tire pressure that is obviously insufficient... Driving on the road, when you happen to see some problems with other cars, you will not turn a blind eye, but how to find the problem you found The first time to tell the problem car owner?

● Condition 5: The rear car is too close to the car

Driving on the highway, maintaining an appropriate safety distance is an effective way to avoid accidents, but sometimes people like to drive high speed with the car, and keep the distance is relatively close, in this case, the driver of the front car will be scattered Part of the energy to "follow" the car, and inevitably worry about whether the car will hit yourself because the brakes are not timely. At this time, the front car must find a way to give a warning to the rear car, tell the car not to follow yourself, then use the brake lights.

In the process of driving on the highway, the brake light has another usage, that is, when the rear car is too close to the car, the driver of the front car can lightly brake the brakes, prompting the car "you are too close to me, should be far away ""

1. When the car's light projection distance changes from far to near, it means that the car is approaching or driving into the uphill.

2. When the vehicle's light projection distance changes from near to far, it means that the car has entered the downhill or steeply entered the gentle slope.

3. When the car lights leave the road, it indicates that there is a sharp bend in front or the vehicle has reached the top of the slope.

4. When the car lights move from the road to the road side, it means that there is a general curve in front.

5. When the car lights move from one side of the road to the other, it means that the front is a continuous turning.

Previous： See the fault from the color of the exhaust gas. Can you? Next： In-depth discussion on the current status and prospects of laser lamps used in automotive lighting